There are some things going on in the media these days that made me think back to ancient times.  In Greece, one of the popular gods was Dionysos, god of wine, madness and vegetation.  He was also god of the theatre.  Dionysos has a dual nature: bright and joyous, but also dark, mysterious and deadly.  He is the god of wine and therefore should be pleasant and beneficial, but wine has its negative aspects too, making people drunk and behave in strange ways.  The Greeks were aware of the dual nature of wine mirrored by the dual natures of this god. 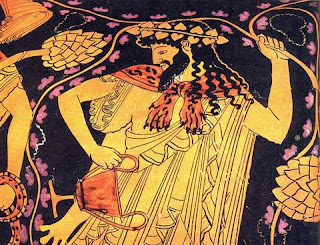 Dionysos is a male god, always surrounded by women, his chief worshippers.  His worship involved transvestism and blurring of sex roles.  Both men and women worshipped dressed in long robes covered by fawn skins.  The women, known as bacchants, left their homes and revelled on mountainsides.  Their name (in ancient Greek maenaeds) literally means "raving ones". Through dancing and drunken intoxication they went into a state of ecstatic frenzy, lost all self-control, began to shout excitedly, engaged in uncontrolled sexual behavior and ritualistically hunted down and tore into pieces animals (and in myth, sometimes men and children) devouring the raw flesh. 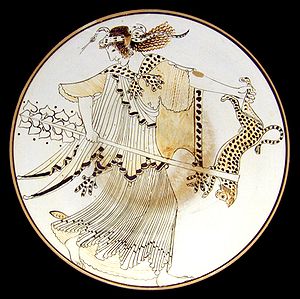 Death forms a major part in the worship Dionysos.  He revels in human sacrifice.  It was suggested that every tragic hero who suffers and dies on stage at the Dionysia, a great drama festival in Athens, is in fact Dionysos being killed.  It was said that the sacrifice plot was the original plot of the tragedy.

Sadly, we are seeing signs of this mad, erratic behavior relating to people in today's entertainment business.  In my opinion, the media has gone too far in their quest to sell news by dwelling too much on the antics of these out-of-control, misbehaving, addictive individuals.  These actors/entertainers who make public spectacles of themselves -- using all forms of media to flaunt their unacceptable and crazed behavior to the world -- do not deserve a minute of press time.  Anyone who has dealt with people with addictions knows there comes a time when tough love is the only solution. (Firing this actor from his TV show was a step in the right direction, so is laying charges of theft against one who 'borrows' an expensive piece of jewerly and refuses to return it and continually breaks their terms of probation.)  If the user (alcoholic or drug addict) continues on their path of self destruction, refuses rehab (or makes a joke of it by checking in and out like they're at a luxury resort), refuses to admit they have a problem, endangers themselves and loved ones (especially their children) by their out-of-control, crazed behavior and refusal to seek proper treatment, they do not deserve the publicity the press is giving them.  Yet we continue to condone this negative behavior by listening to their manic tirades, giving them a voice on radio, TV and Internet, and watch with fascinating as they self destruct.

It's time to quit giving all this attention to these sick individuals and focus more on people who are contributing their talents in a positive way.   Oh, I know, bad behavior sells newspapers.  But have we all resorted back to the days of the ancients, worshipping Dionysos and condoning this madness, following along like the raving maenaeds?
Posted by Wynn Bexton at 11:22 AM 2 comments:

HOW FRAGILE LIFE IS 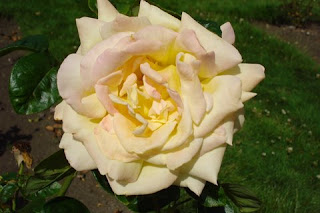 There are times when you realize just how fragile life can be.  It seems that for the past few months so many dear friends (and relatives) have suddenly been struck down, unexpectedly in many cases, leaving a huge ache in my heart and making me feel so vulnerable.

The first shock was when my dear cousin Shiela in Wales had a stroke last November.  This was so unexpected and the tragic part is that she hasn't responded to physio and has been rendered unable to sit or stand.  This meant she had to be moved to a care home and will likely never return to her own home which she loved so much and worked so hard to get.  At the same time my other distant cousin Joyce,  also in Wales, who is quite elderly and in fragile health, also ended up in the hospital in a near death situation.  She's recovered enough now to be placed in a home and is doing okay other than some dementia.  Shiela turned 80 this month. Joyce is a bit older than that.

Then there was the big shock when our dear friend Dora, who was 83 going on 63 and always the Energizer Bunny, suddenly became ill on a flight home from California after the American Thanksgiving.  When she got home she had to check into the hospital with what turned out to be a burst appendix.  This woman has never been ill and had no idea that was what she was suffering. Who would imagine having a bust appendix at her age?  I can't imagine the pain she went through.  The most upsetting of all was when they discovered that the burst appendix was because of a malignant tumor, so they had to do an iliostomy.  She has now had to move out of the town to the care of her her daughter's on the Island.  Although she is gaining strength it isn't certain if she will recover completely - that will depend on whether all the cancer is gone and she has decided against treatments if it hasn't, resigning herself to her fate.

All this while another close friend who has been suffering from congestive heart failure was admitted to the hospital with pneumonia and kidney failure.  We completely expected that Anne, 81,  would not survive and were prepared for the worst scenario.  Surprisingly she did pull out of it and in fact, I spoke to her today on the phone.  She's still in the hospital in very fragile condition and will be going into a home. And in spite of the ordeal is in amazingly good spirits.

Then, last night the biggest shock of all when I got a message about a friend who has been travelling in Peru.  I last heard from Lorna on the 24th as she was heading by bus to Chile and planned to visit a friend of mine in Santiago.  She's been travelling around the high Andes for some weeks now, having a grand time with many excellent adventures, and in spite of the high altitude was managing to see a lot.  The last message was from Lake Titicaca and she was leaving the next day by bus.  Well, somewhere along the line she got ill and was taken off the bus to a hospital in Chile (we don't know where) and there she died.  We don't know the details but suspect it was altitude sickness.  She was only mid 60's and had planned to travel through to Argentina before flying home.  Needless to say, we who know her are all in shock.

This has all brought to mind exactly how fragile our lives are.  I am a traveller too, and an elder, and although I am in good health, who knows what might happen and when?  It is important then, to live the life you want, do the things you want to do,  enjoy yourself, the way Lorna was.  It was a dream trip for her.  How could she know it was her ultimate trip?

I mourn my friend's passing,  I worry about my friends who are ill and in care homes.  I don't like to imagine it happening to me.  But these are the realities of life.  Life is very fragile.  It is a gift.  Live it the best way you can.
Posted by Wynn Bexton at 10:33 PM No comments: