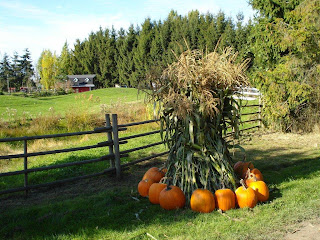 It's the Thanksgiving weekend here in Canada and families are gathering to enjoy a traditional turkey dinner.  This year I'm not cooking a turkey, nor am I attending a family get-together. Instead I'm going with my friend to the Irish Heather on Monday for a turkey feast.  I've been once before to one of their special events (that time it was roast beef).  It's almost like a medieval feast with a long table where everyone (friends and strangers) sit together and get waited on by the staff and served delicious food from their special dinner menu.

There's lots of ways to celebrate Thanksgiving.  In the States it's held in later than ours and it's all about the Pilgrims.  In England it's held around this time of year but it's called the Harvest Festival.
My friend Patrick says it's the same for Germany and there isn't really any big deal other than in the churches.  (I remember when my Dad was pastor he always made sure the church was decorated for the Thanksgiving holiday, much in the tradition of the Harvest Festival would be in Wales where he was born. Many countries around world have a special day for expressing gratitude and a bountiful harvest.
In Biblical times there was the Feast of the Tabernacles (tents).  Hebrew people decorated their tent homes with leaves and branches and feasted and thanked God for their harvest.  Jewish people still celebrate this festival, called Sukkot.

The ancient Greeks had a harvest festival to celebrate the goddess Demeter, goddess of the earth and harvest.  The Romans also held an October harvest festival called Cerelia named after their goddess Ceres who protected their crops and help them grow.  The word "Cereal" comes from the Greek word "Ceres"

China has also celebrated a Harvest moon for many centuries. Soon it will be the Harvest Moon here too, the first full moon of autumn.  The Chinese-Canadians will mark the festival with celebrations.

Wherever you are this weekend, remember to give thanks for not only the bountiful harvests that put food on our tables, but the beautiful world we live in, our friends and families, and for the goodness and peace in our lives.  HAPPY THANKSGIVING, Everyone! 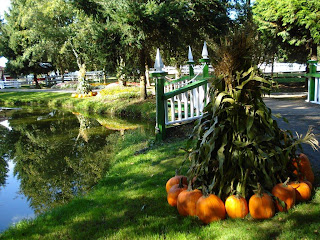 Posted by Wynn Bexton at 5:32 PM No comments: